Artico opens new Gelaterie in Milan. Fioretti: "We will not be franchising"

The small group does not want to give up craftsmanship and aims to grow the gelato school opened in Milan, in the Isola Lambertenghi district

Three other Gelaterie between this year and next. This is the expansion plan of Artico, a small group born in 2012 that produces one of the most loved sweets by Italians, and has a turnover of 1.1 million euros. "We had closed 2019 at 1.6 million but the pandemic has inevitably damaged us," says Fabrizio Fioretti, a Neapolitan accountant transplanted to Milan, and one of the founders of the company together with the Poloni and Matrone families. Today Artico already has three stores in the Lombard capital. One in the Duomo area, one just opened in Brera and one in the Isola-Lambertenghi district, where the Antartico headquarters is also located, a subsidiary that offers gelato courses to pass on recipes to those who want to jump into business. "Antartico today is worth 20% of Artico's turnover - says Fioretti - but this percentage is destined to grow over the next two years up to at least 30%, it is no coincidence that we are investing in marketing and communication". Ambitious goals for a company born by chance. The Fioretti family ended up in a gelateria in Novate Milanese and after trying the gelato of the master gelato maker Maurizio Poloni who has been doing that job for over thirty-five years, they are delighted. "At that moment the idea was born of bringing that goodness elsewhere", continues the co-founder. Arctic gelato is produced in an artisanal way, every day, in the open kitchens of the group's Gelaterie. “Here we also make salted caramel - comments Fioretti - and many other ingredients that go into our creams”. 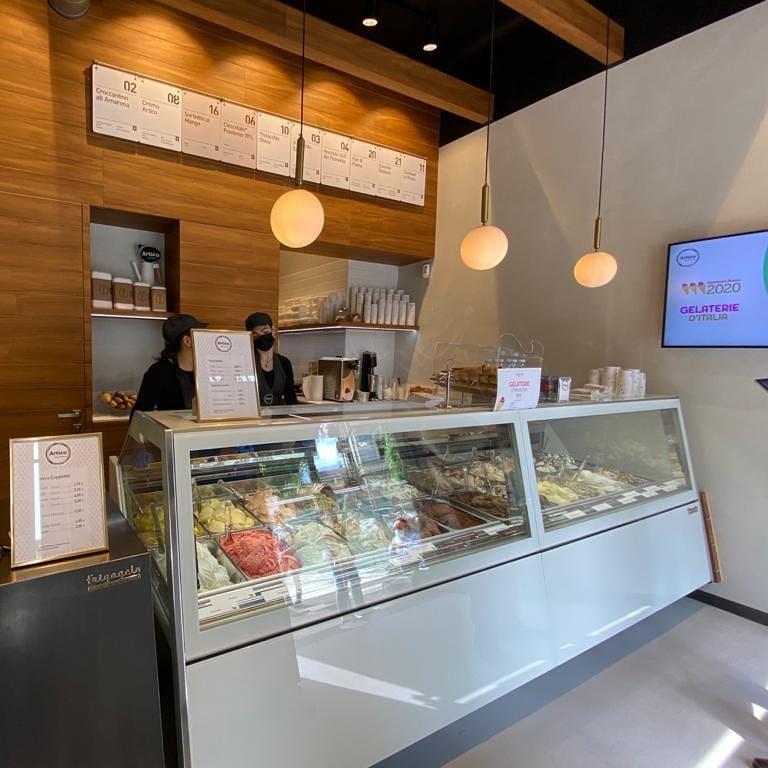